Now, I have a list of phone vlogging items to share with you that you can purchase under $100.

Does it seem interesting to you?

I’m sure it would be because if you’re starting your vlogging journey, especially starting out with phone, then you’d certainly be interested in getting affordable phone vlogging gear.

I started off vlogging on my phone. Later on, I upgraded my phone to make better quality vlogs. So that’s why I know a lot of vloggers start off vlogging careers with their phones.

Don’t let the fear of failure or lack of pricey camera gear stop you from starting vlogging in the first place. Go through that process and you’d transition into a pro-vlogger at some point.

Let’s take a look at phone vlogging equipment under $100:

A phone gimbal stabilizer is a great tool for shooting slo-mo videos with your phone. You might want to include a cinematic sequence in your vlog or maybe want to make a slo-mo video for TikTok. This phone gimbal would come in handy for vloggers. It could be a fantastic inclusion to your camera gear or vlogging equipment.

FocusFoto Smartphone Video Rig is a 3-in-one phone vlogging holder. You can place your phone, microphone, and LED light on this smartphone video rig. It makes vloggers’ lives a lot easier, especially for those who make vlogs with their phones. The best thing about this gadget is that it doesn’t cost much as compared to how useful it could be for vloggers.

Neewer G1 Ultra HD 4K Action Camera is a cheaper version of GoPro, but it works quite well. It records HD 4K videos, which could up your vlogging game along the way. The kit contains loads of accessories for shooting videos on a motorbike, underwater, and more.

Saramonic Condenser Microphone for Smartphones is a small microphone for vloggers who want to record videos on their phones. Its portability is a huge advantage; you can put it in your pocket and put on anywhere you want to shoot your vlog clip. Let’s not forget it’s a condenser microphone, which means the audio quality would be better than average microphones. Moreover, $25 doesn’t seem expensive for such a product.

Movo VXR10 Universal Video Microphone is a mid-range microphone for vloggers and YouTubers who want to shoot videos on DSLR cameras or smartphones. It does compete directly with Boya By MM1 which has similar features and price range. Boya MM1 costs around $30. I have been using Boya By MM1 for quite some time, and it has been great. However, I’d love to try Movo VXR10 Universal Video Microphone as well.

BullyEyes phone camera lens is an interesting gadget for you if you’re into using phone cinematic shots or phone photography. Although, phone lenses aren’t a great product for vlogging as it doesn’t directly improve your vlogging. You might find some YouTubers testing it for the sake of reviews, but I might not be interested in using a phone lens for vlogging.

It’s a phone holder with so many perks. It’s basically a mobile phone video recording kit that can hold your phone, microphone, and small LED light. It could be handy if you’re a phone vlogger. I can’t say it’s a great video stabilizer, but it does seem that it could work for vloggers who vlog on the phone. The thing about most phones is that they have a built-in image stabilizer, especially in the latest smartphones. So you’ll be fine if you opt for this cell phone holder for vlogging.

UBeesize Selfie Ring Light with Cell Phone Holder is a fantastic gadget for vloggers, TikTokers, and YouTubers who want to make videos. This affordable ring light comes in with a cell phone holder, which makes it easier to make videos from smartphones. You can simply use the ring light for shooting videos even if you make videos from a DSLR camera. Moreover, you can buy one of these selfie ring light in under $40.

I’ve shared some of the best phone vlogging items that you can buy from Amazon in under $100.

Don’t worry about not having a DSLR camera to vlog on because you have a smartphone with a good camera.

What’s the phone vlogging equipment you’re interested in the most?

Tags:vlogging gear, Vlogging on the phone
Disclaimer: Please don't forget to read the disclosure section. Some of the links in the blog posts might be affiliates, which means if you buy the product through these links, we may make a small commission but it won't cost you any extra money.

Hassaan Khan is the founder of Vlogging.pk. He is a vlogger, blogger, and a freelance writer. He started his vlogging journey back in January 2016. Subscribe to his YouTube Vlog Channel. 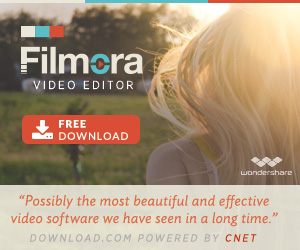 Copyright © 2020 Vlogging.pk.
This blog does make money from Amazon Associates and other affiliate programs. For more info, read the disclosure section.